Today is Bout Day.  For those of you not familiar with roller derby lingo that is what you and I might call a roller derby match.  If you are interested in learning more about roller derby, I suggest an excellent entry in that fount of all knowledge, worthwhile and otherwise, Wikipedia.  Click here to go to the entry for roller derby.  The roller derby that I remember watching on television as a kid was contested on banked tracks and was actually more sports entertainment with scripted outcomes; think wrestling.  Modern roller derby is a competitive contact sport with the outcome dependent on the dynamics of the bout.  The following from the Wikipedia article is a nice summary of the current culture:

Modern roller derby is an international sport dominated by all-female amateur teams, in addition to a growing number of male, co-ed, and junior roller derby teams, and was (as a roller sport) under consideration for the 2020 Olympics.[5][6][7] Most modern leagues (their back-office volunteers included) share a strong "do it yourself" ethic[8] which combines athleticism and elements from camp,[9] and feminist aesthetics consistent with third-wave feminism.[citation needed] As of 2012 the Women's Flat Track Derby Association, or WFTDA, had 172 leagues.

The Paper Valley Roller Girls played a team from Hamilton, Ontario, Canada.  It was a double header.  PVRG Flying Squirrels were soundly defeated by the Hammer City Harlots.  This the level Meg played at last year but she has moved up to the A team, the PVRG All Stars.  As in all sports, the next level up has players who are bigger, stronger, faster, and more experienced.  While Meg isn't any bigger, she is stronger, faster, and more experienced with two years of play.  she didn't expect to play very much and she didn't.  She was in two early jams as jammer and scored some points but the game was highly competitive throughout both periods.  The All Stars won by 12 points which in roller derby is practically a tie.  It was in issue right down to the final jam with no time left.  It was a wonderful way to start the season.

At the half time of the B game, Meg had to begin paying off on a Super Bowl bet.  She of course had the ill-fated, over classed Broncos who totally collapsed against the Seahawks, the favorite team of one of her team mates.  As a result, Meg has to sing a song at each home bout, selected and modified by the winner.  Tonight it was "We are champions of the world."  I captured the performance on video and was going to post it here but frankly it was so bad that I didn't want to subject friends and family to seeing and hearing it unless that actively chose to do so.  So, if you want to experience it, click here to go to the YouTube video of the performance(?) 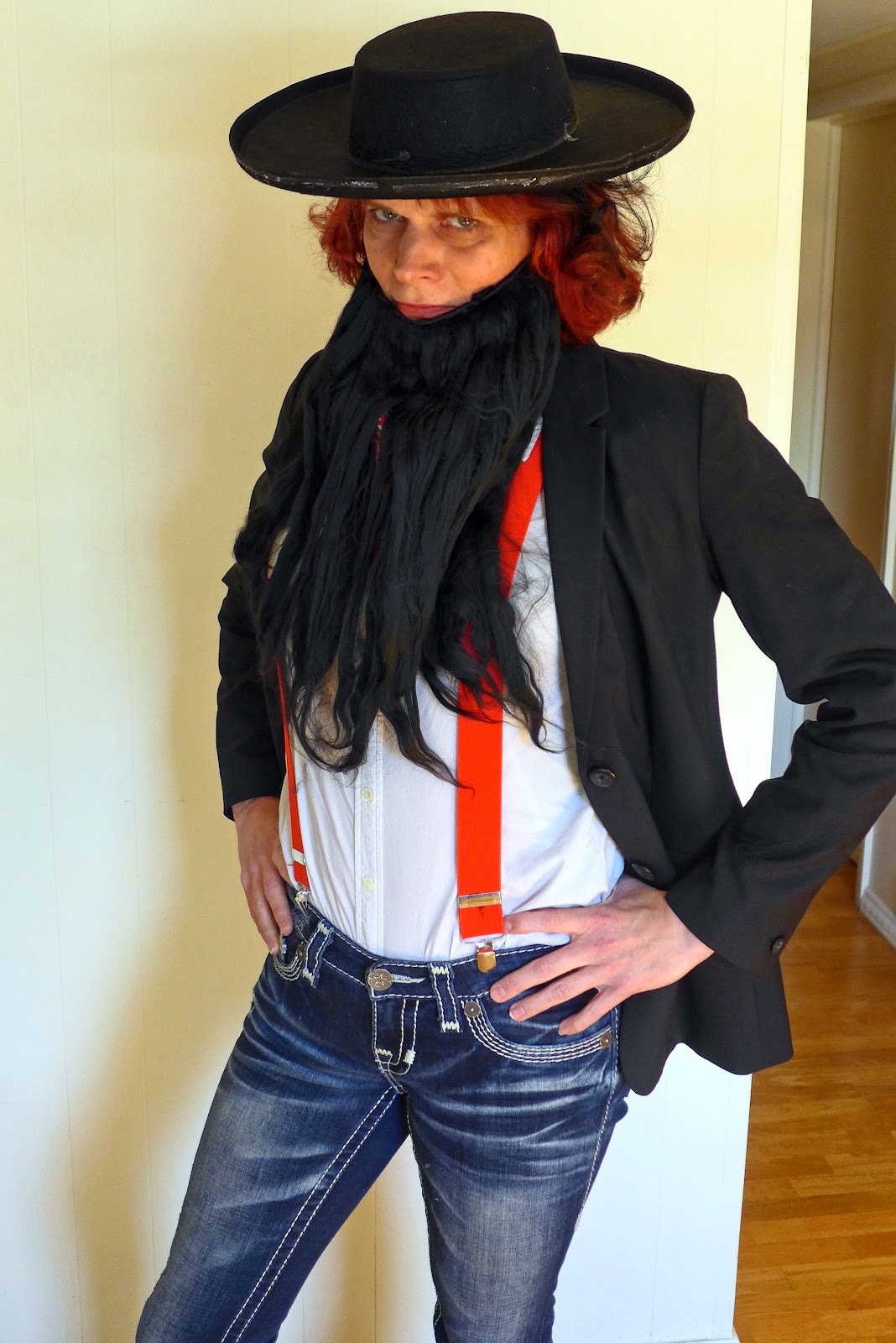 I passed on the after bout party" at the Blind Pig, the official bar of the PVRG.  Apparently each party has a theme and players are to come in costume.  The night's theme was "construction workers."  I had a flash of inspiration that I had to credit to my son, Brendan, who is production manager for Dan Ryan Home Builders in Morgantown WV.  I have listened to many stories from Brendan about the Amish framing crews that he used in home construction.  I thought that this would be something that very few in Wisconsin would come up with.  Hence after some creative shopping, Meg became a member of an Amish framing crew.  No one at the house is up yet so I don't know how that all turned out.

This morning I leave for Kansas City.

You can view photos on the Picasa site by clicking here.
Posted by Bill Pickett at 7:37 AM