I combined days three and four because we didn't do much on the third day even though it was Mardi Gras itself.  The temperatures were in the thirties with steady rain and wind chills in the twenties.  In fact, parts of New Orleans got sleet and freezing rain.  Needless to say, the weather cut down on the crowds, changed parade times, and generally increased the speed at which the parades moved.  All of this was irrelevant to us because we spent the day at a multiplex watching movies:  Leningrad and Non Stop. 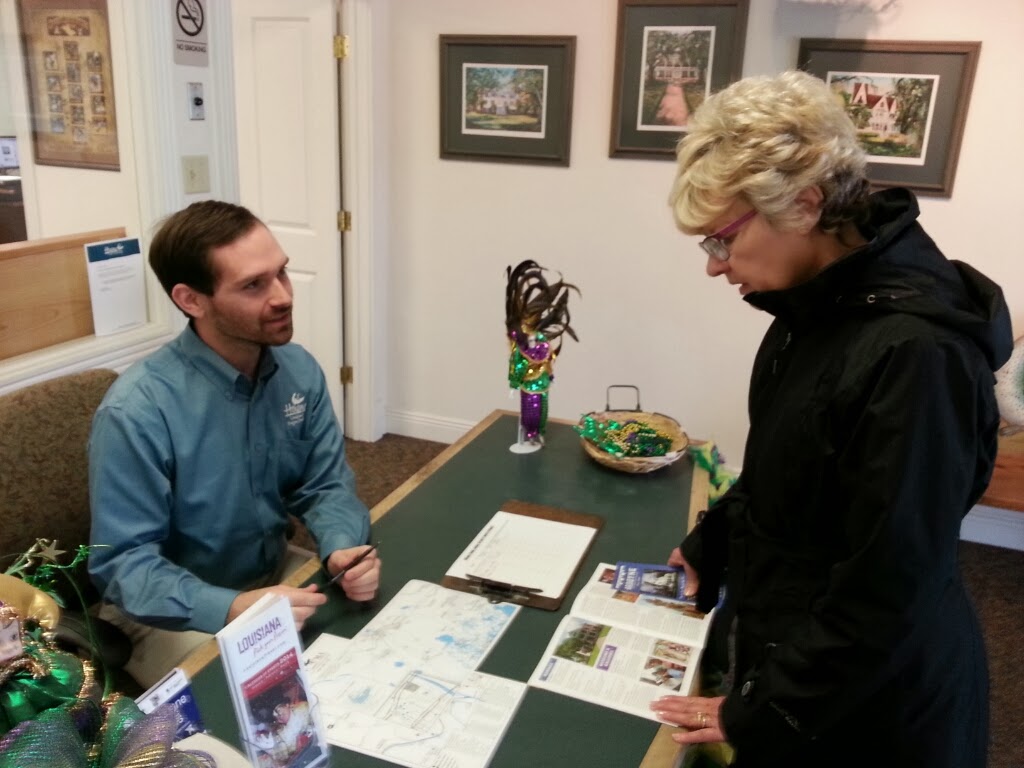 Wednesday, make that Ash Wednesday, we decided to drive about an to Houma (homa) LA is the gateway to bayou country, a national heritage area named Atchafalaya.  Our first stop was the Houma Tourist Bureau where Marilyn chatted up Joey.  We got a lot of information about the area including the difference between Cajun and Creole.  Creole culture is older and came from French speaking people from France during the French colonial days.  Being older, the Creoles were the first land owners and developed the early plantations.  Their cuisine is more "cultured" and features rich sauces.  Cajun culture developed from French speaking people who came from Canada escaping the domination of the British.  They settled in the Bayou country and hunted, trapped and fished.  Their cuisine features spices used to cover up the gamey taste.   Joey, it turns out, can speak both Cajun and Creole. 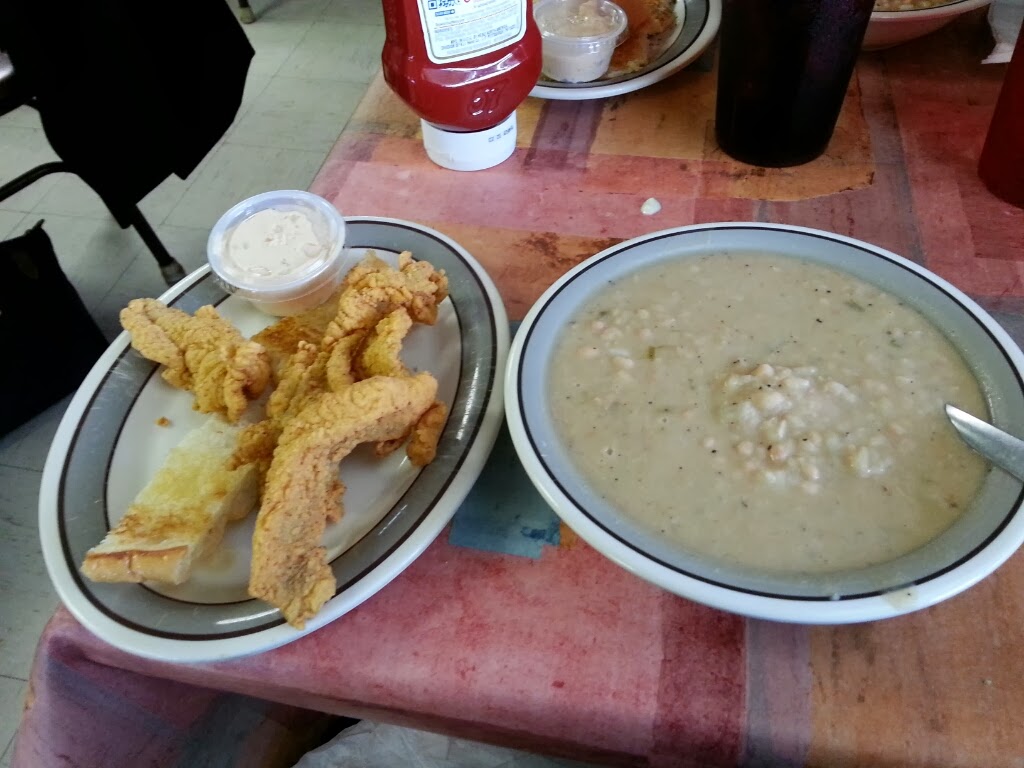 We drove down to what Joey described as the "historic district" and found very little of historic interest.  The Folk Art and Culture center was closed with a sign that said they would be back at 2:00.  This was at 11:00 in the morning.  Since we had booked reservations for a swamp tour with Annie Miller's Son's Swamp and Marsh Tours, we needed to get lunch and get to the pick up point which turned out to be a local cafe on Bayou Black which allowed the tour to use its dock.  Thus we drove to the Bayou Delight Restaurant where the waitress was not about to let us order any meat dish because ti was Ash Wednesday.  We opted for white beans, rice and catfish.

We boarded our tour boat with nine other hardy souls and set off for a bone chilling tour.  It was too cool and cloudy to see any alligators who apparently have the good sense to stay indoors during inclement weather but we were treated to sites of egrets, herons, and eagles.  We saw some gorgeous homes.  Houma is in Terrebonne Parish where the unemployment rate is 3 percent due to the petrochemical industry.  We also got out on the Intercoastal Waterway and got close to some tugs and barges.  It was bumpy and windy as this video shows.

We saw some interesting birds including a Great Blue Heron and a Blue Heron which are in the same frame in the photo below. 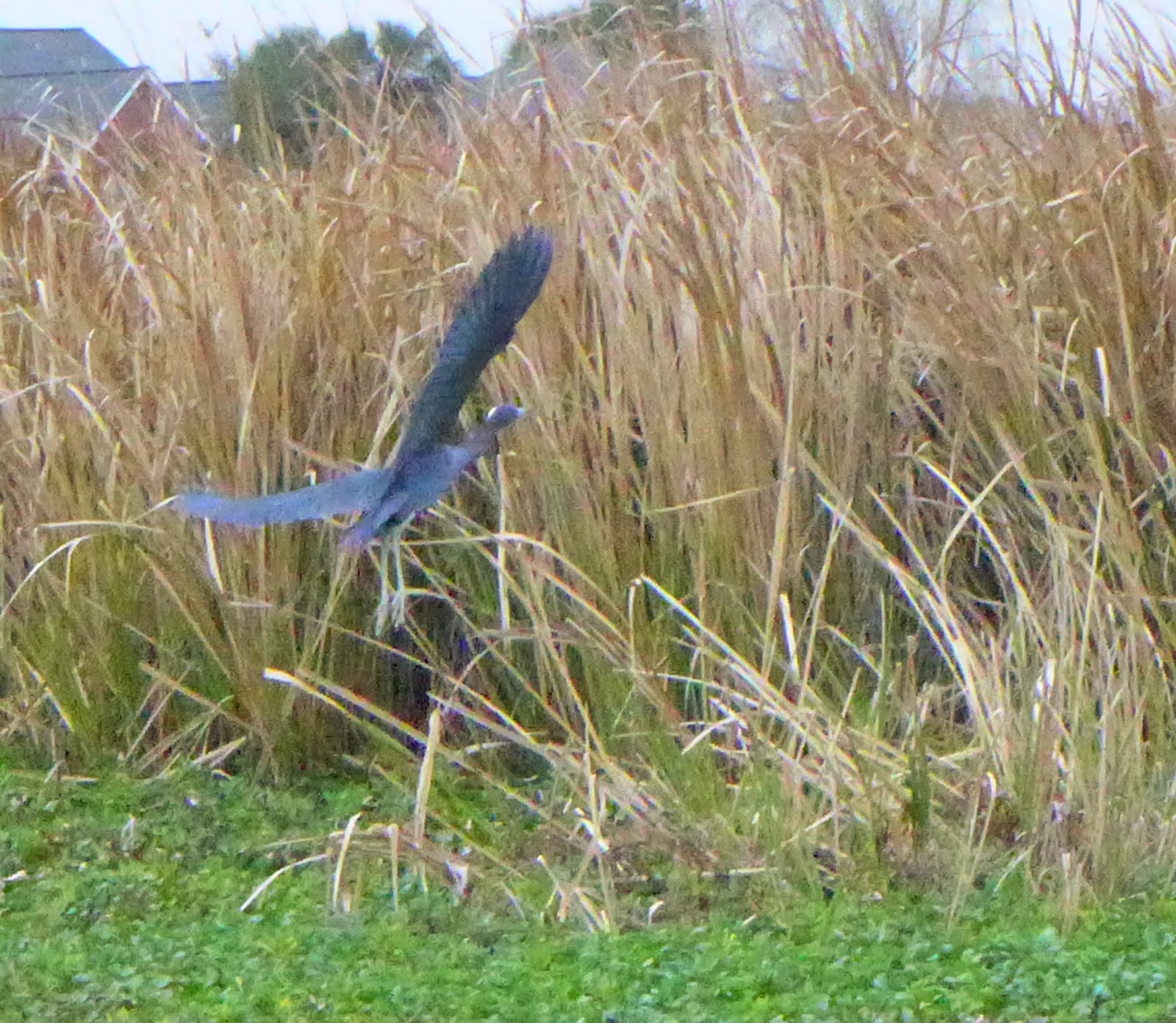 Just in case you have a hard time seeing the Blue Heron, here is a photo of it taking flight.

We returned to the restaurant where we saw some photos of Annie Miller - Alligator Annie - who was a true character of Atchafalaya and the founder of the swamp tours at age 67.  We drove back to New Orleans and finished our day with a delicious dinner at Acme Oyster House in Metairie about a quarter mile from our hotel.

One final image is a photo of Marilyn next to one of the pictures of Alligator Annie in the Bayou Delight Restaurant. You can see more photos by clicking here.

You can view of video of our boat flushing an egret down Bayou Black by clicking here.
Posted by Bill Pickett at 6:36 AM