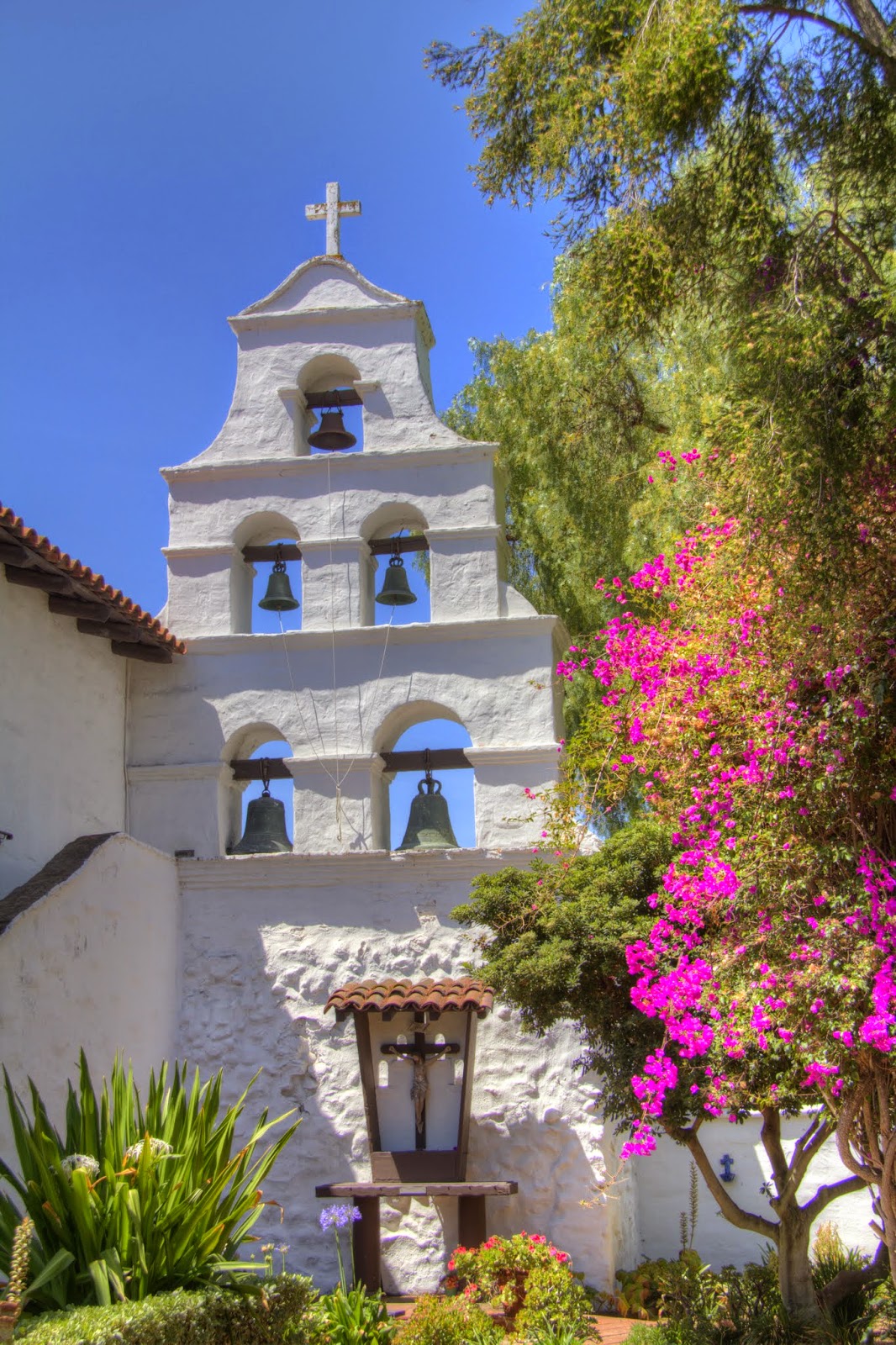 Saturday was our last day in San Diego and we decided to visit multiple sites rather than spend the day at Sea World.  It will be there for our next trip.  Of course, so will all the places we went.  We spent four full days here and still have days more of places to see and experience.  We began this day at Mission San Diego de Alcala, founded by Blessed Junipero Serra, OSF, on July 16, 1769.  It was the first of the 21 missions established in Alta California.  It still functions as a parish today.  In fact, there was a wedding underway so that we to wait to enter the interior of the mission church.  The grounds and several restored rooms kept us busy until we could get inside and take a couple of photos.  The bougainvillea was in full and glorious bloom as it is throughout much of the year.  The picture at the left can serve as a icon for San Diego:  white buildings, Spanish influence, flowers and blue, blue skies.

After spending an hour walking the campus of the Unviersity of San Diego where I worked for seven years, we went to Seaport Village, one of our favorite spots.  We had lunch at Harbor House and walked around looking at people, the bay, the kites, and the shops.  My favorite shot is above which shows a Ben & Jerry's side by side with a Fudge Factory.  "Is this heaven?"  "No, it's San Diego."

Our next stop was the Cabrillo National Monument on Pt. Loma.  This is the spot where Europeans first saw the bay. Just 50 years after the voyage of Columbus,Juan Rodriguez Cabrillo set foot on the West Coast of California in 1542. Unfortunately we arrived just 15 minutes before closing and so only able to get to a single vantage point and take few photos. Much remains to seen and experienced here on a future trip. 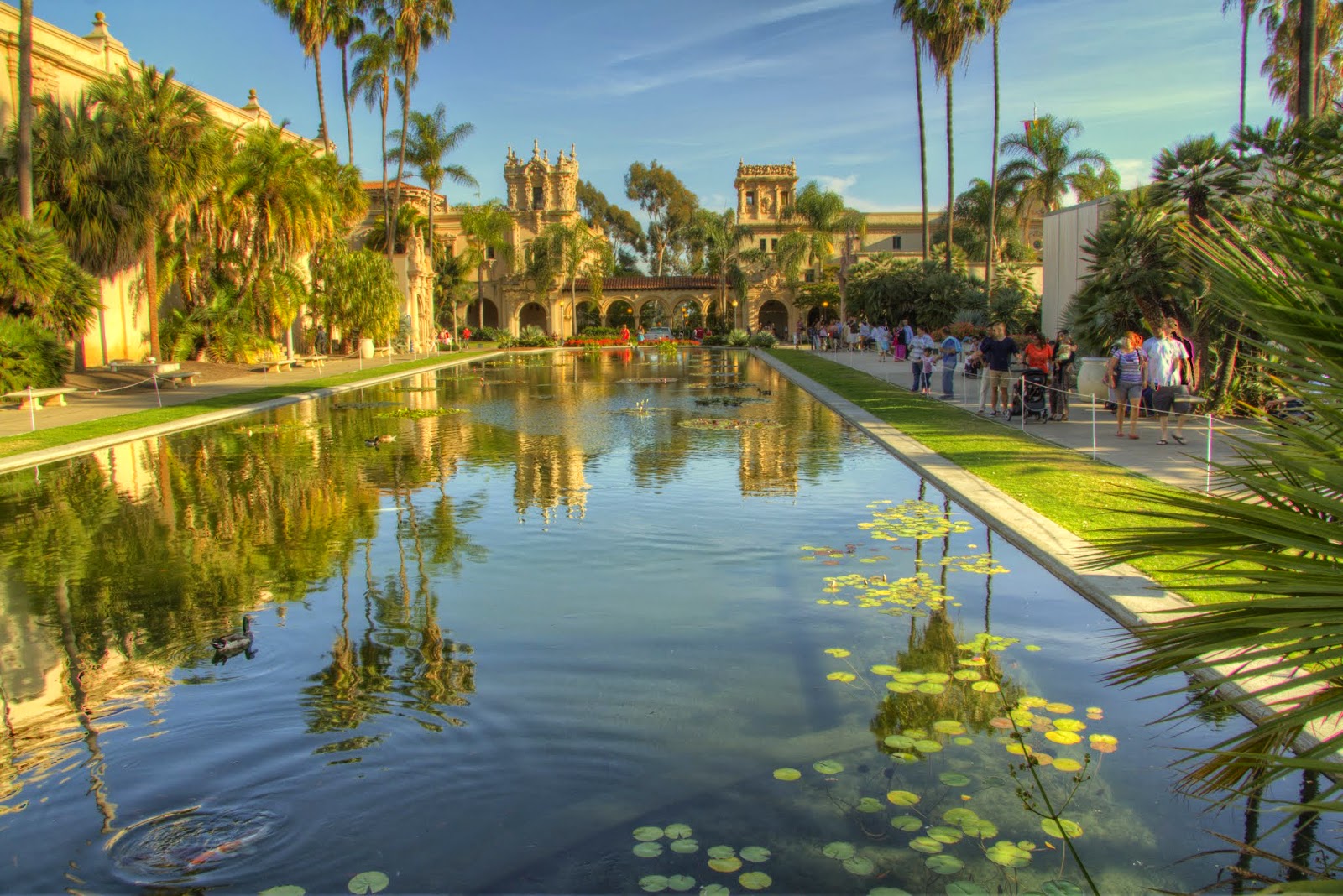 You might think that finished our day but it did not.  We drove from Pt. Loma to Balboa Park where we walked through this marvelous collection of buildings, the core of which were constructed for two world's fairs held here:  the 1915-15 California-Panama Exposition and the 1935-36 California Pacific International Exposition.  The park is home not only to the San Diego Zoo but to a variety of museums, stage theaters and cultural institutions.  The park's tag line--A landscape of art and culture--says it all.  There were photos everywhere I looked. 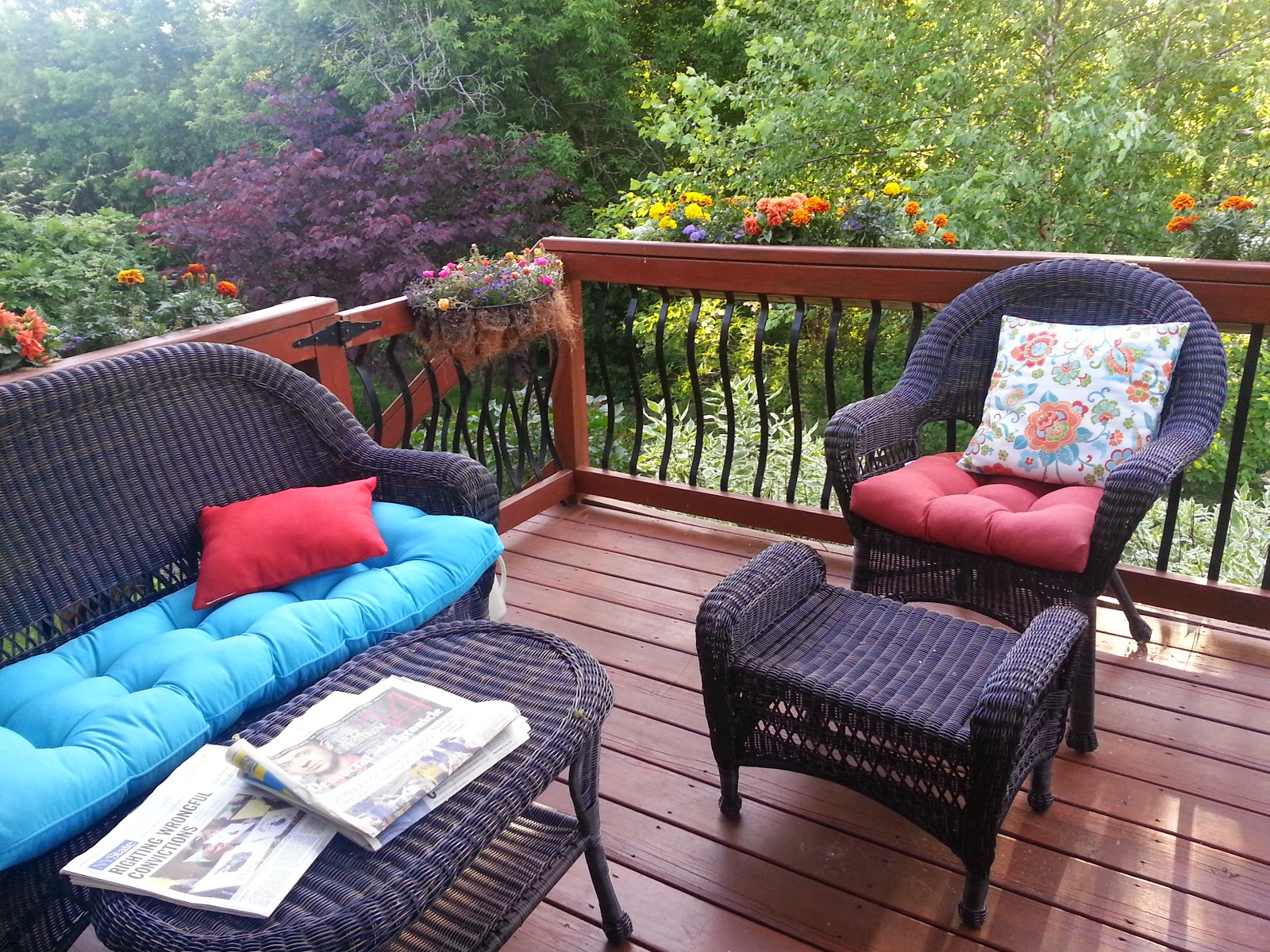 Finally, our day ended with a pizza and then catching a 10:40 PM flight home where we arrived Sunday morning and began recuperating on our own photogenic deck.

You can view all the photos from our last day by clicking here and going to the Picasa album.
Posted by Bill Pickett at 10:55 AM