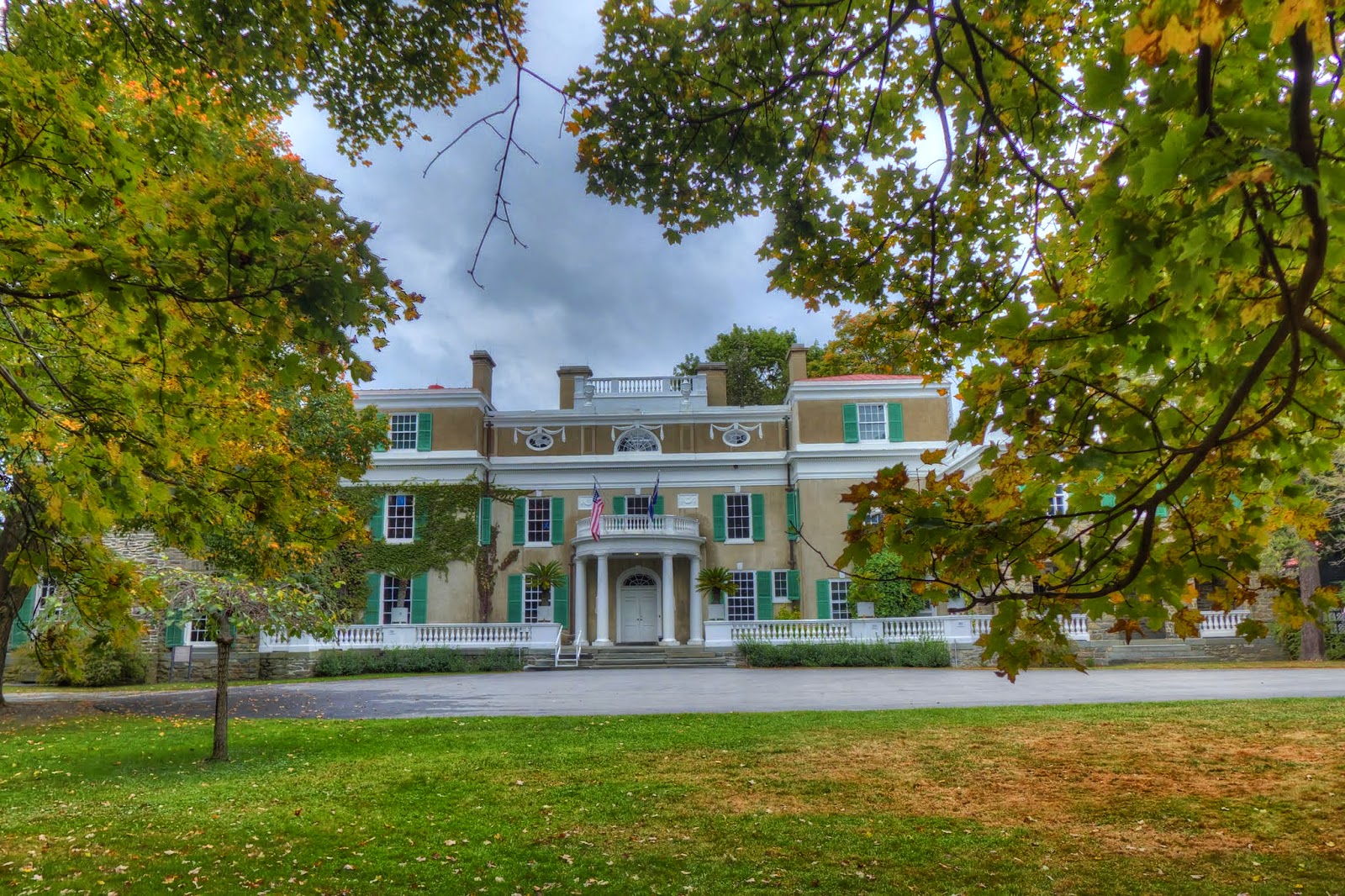 We spent Thursday and most of Friday in Hyde Park visiting the Roosevelt sites, CIA and other interesting places.  After watching most of the Ken Burn's "The Roosevelts:  An Intimate History." it was especially meaningful to visit Springwood, the family home, the Presidential Library and Museum, and Val Kill, a site dedicated to Eleanor.  The library had been constructed and dedicated early in FDR's third term, making it not only the first presidential library but the only one to have been used by a sitting president.  Everything has been maintained as it was.  The land, the library, and Springwood were turned over to the U.S. within a year of FDR's death.

After all that history, we needed food and so took a break from the museum to visit the Culinary Institute of America, just two miles down the road.  CIA has been here since the early 1970's which it purchased the main building and grounds from the New York Province of the Society of Jesus which had developed the site as a seminary, St. Andrew-on-the-Hudson.  The beautiful main chapel is now used as a student dining hall.  They have preserved all the art and beautiful Tiffany windows.  We ate in the Apple Bakery & Cafe.  You can see how delicious it looked and the consumption delivered on that promise.

After that late lunch, we joined a tour of CIA led by one of the students.  Unfortunately no inside photography was allowed but it was truly worthwhile and we highly recommend it to anyone who visits here for the food.  It is a "behind the scene" tour of various kitchens with a lot of inside scoop on food and its preparation.  By the way, when someone asked Erica, our guide, what one cooking tool she thought everyone should have, she answered, "A Chinois."  To which everyone responded, "Huh?"  Go look it up.

Click here to view the album of FDR and CIA photos.

The next day we returned to the Roosevelts.  We completed our tour of the museum and then went to Val Kill, the home that Eleanor created out of the factory that housed Val Kill Industries.  This tour was very informative and focused on Eleanor and the contributions which she made before, during, and especially after FDR's presidency.

Our next stop was Top Cottage, the getaway about four miles from Springwater where FDR said he got away from the maddening crowd.  He never sayed overnight there but it was designed so that he could entertain guests without help from others, something that was impossible at the big house, Springwater.  He designed it so that he could use his wheelchair to move around and interact easily with his guests.  The porch was especially important because it was here that important informal conversations took place.  As you look at the video below, think about the fact that this was the view that FDR and Churchill had as they talked about the Manhattan project taking responsibility for Britain's Tube Alloys project.

Click here to view the photo album of Val Kill and Top Cottage.
Posted by Bill Pickett at 4:55 PM