I had planned this trip a couple of months ago to visit my Mom and my sisters Anola (and Peter), Mary, and Louisa.  Given Mom's age it was simply a family visit trip.  However, I arrived the day the Royals beat Baltimore for the fourth straight game and claimed the American League Pennant.  In fact, I was able to watch the last inning with Mom.  She is a life long Royals fan--given her age of 102, that refers to the life of the Royals, not her!

Needless to say, Kansas City is going crazy with celebrations and appreciation for this remarkable team.  Through my son, Brendan, I know the core of the front office including GM Dayton Moore and Director of Player Development, JJ Picollo.  It makes the success even sweeter to know that it has come from hard and smart work by some really good guys.

The day after the win, I along with thousands of others flocked to Dick's to get Royals gear.  I am proudly wearing it back to Rochester for the World Series.  I have had a Royals cap for some time and wore that out here. 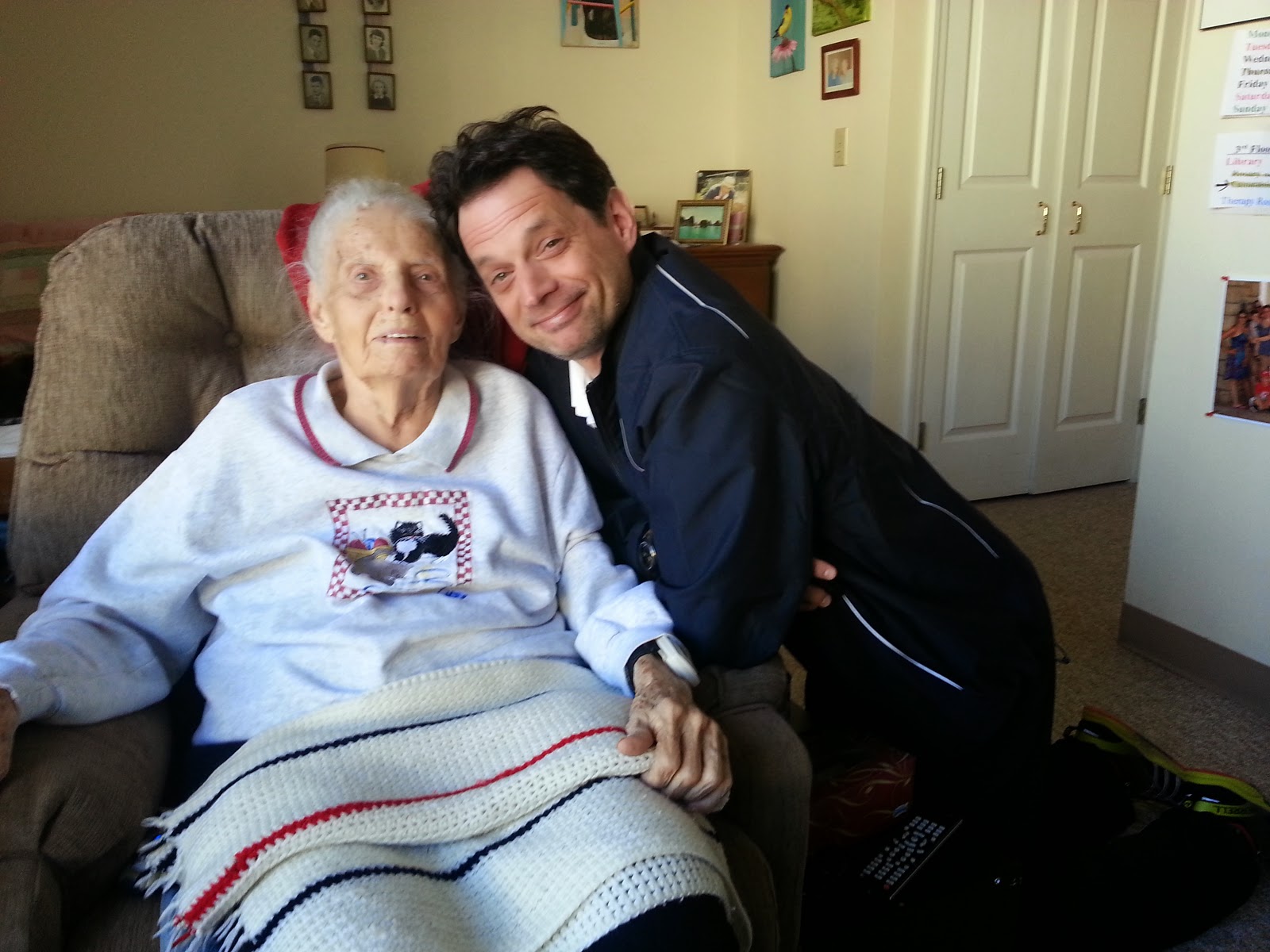 An extra treat was the arrival of one of my sons, Sean, who stopped by on his way back to the Bay Area from a week-long work engagement.  Although he has lived in the San Francisco area for almost 20 years, he remains a Royals fan and so picked up some shirts for Julie and their son, Sam.  Probably not a lot of Royals gear available in the Bay Area...yet.

Kansas City has more than 200 public fountains.  The Kansas City Parks Department is responsible for 48 of these.  From now until the last game of the World Series, eight of these are spouting Royal blue water, courtesy of the Royals Baseball Club.  (Read more here.)  I hadn't planned on taking a lot of photos this trip and only brought my small Lumix camera with me,  However, I knew that I had to get photos of all eight.

I ended up getting four of them along with some pretty dramatic shots of Union Station at night with blue illumination.  You can see these photos by clicking here to the Picasa album for the trip.

Unfortunately that is as far as I got because I was involved in an auto accident as I going through downtown to get to the next fountain.  No one was injured thankfully and the driver who failed to obey a stop sign received a citation but my rental car was not driveable and I spent the entire afternoon getting the police report, replacing the rental car and then reporting to my insurance company.