Our travels have been extensive since the Spring but our last major trip was to Kansas City where my Mom celebrated her 102nd birthday.  We drove four days to spend three days in Kansas City but Marilyn and I enjoy each other's company on these long car rides.  Also we listened to Elizabeth Kostova's novel, Swan Thieves.  If at times it was a bit tedious, it had an engaging plot and we learned a lot about painting and the French impressionists.  Although perhaps not as cultured, we did enjoy Dawn of the Planet of the Apes which we saw in Terre Haute where we spent the night.

We arrived in Kansas City at my sister Anola's house in time for a birthday party for Mom's friends.  People stopped by the house from 3 to 5 to visit.  There were current friends, neighbors from the Belmont neighborhood, Sister Barbara from St. James, and many others.  Kate and Rayn also stopped by since they were out of town over the weekend when the family party took place.


After that Anola, Peter, Louisa, Marilyn and I took Mom for a birthday dinner at O'Neill's Restaurant where, as the birthday girl, she had the world's biggest ice cream sundae.

The next day Marilyn and I spent the day at Powell Gardens and had a lovely summer day, even lovely for Missouri in July:  temperate and how humidity.  I have previously sent out a link to those photos but here it is again:  click here to view the photo album. 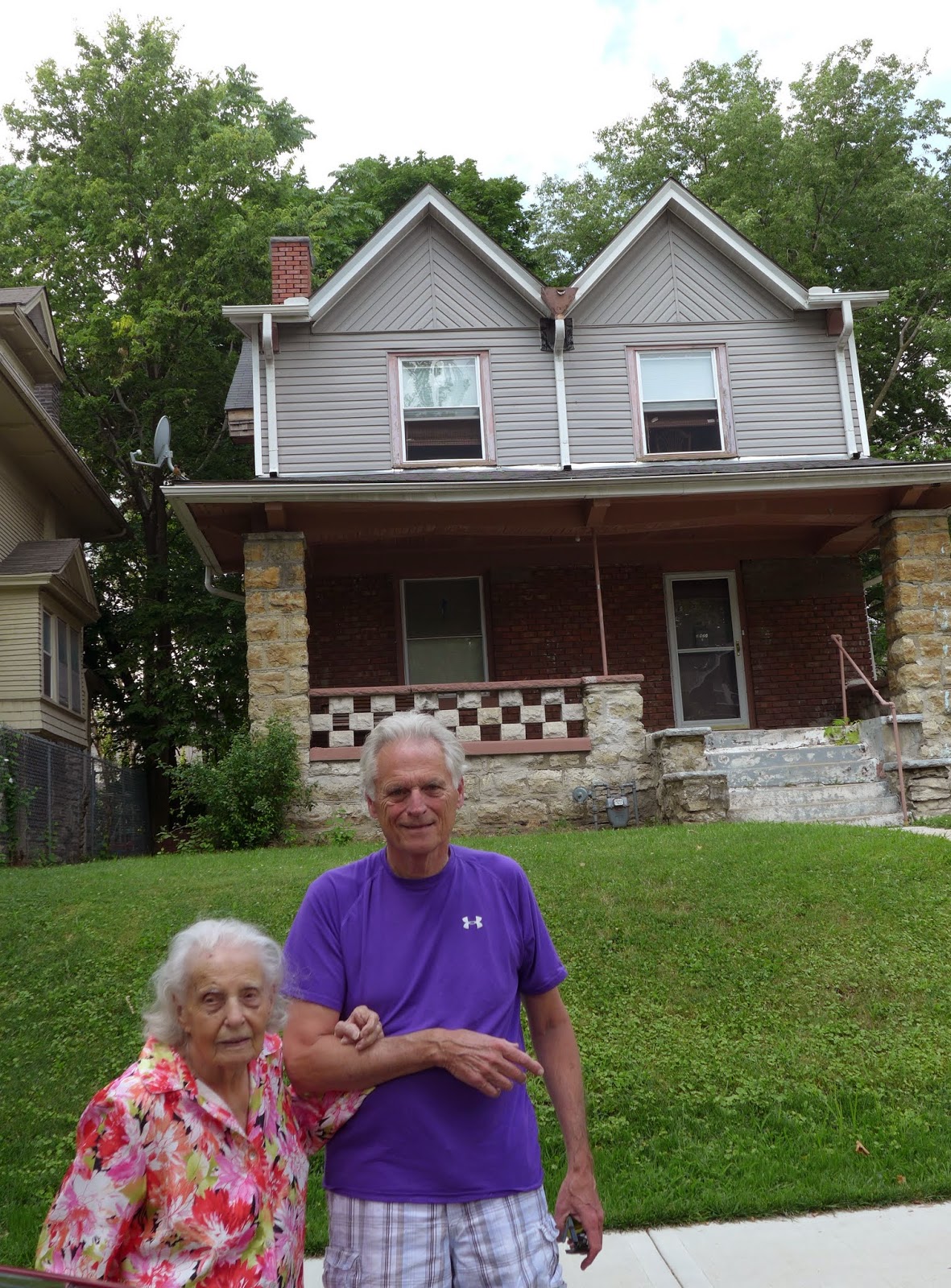 The next day we took Mom out to drive through the neighborhoods where I grew up.  We stopped in front of the house at 3924 Forest for this photo.  We also drove through the old neighborhoods and looked at the other two houses:  4019 Tracy and 4129 Forest.  From the time I was born until I left home to get married in 1964, I lived in three houses all within a block and half of each other.

Saturday Anola and Peter again hosted a party, this time for our Sciolaro cousins:  Anna Mary and Brad, Virginia and David, and Andy and Lois.  It was great to see them, even Andy and Lois with whom we had spent four days during their vacation to the Finger Lakes!

Here is a link to the Picasa photo album containing photos from both parties.

We left early the next morning and arrived back in Rochester safe and sound.
Posted by Bill Pickett at 5:10 PM