Trip to Pleasant Hill - Day One

I am off to Pleasant Hill CA (San Francisco area) to visit Sean, Julie and Sam.  I typically do this over Super Bowl weekend so the three guys can watch the Super Bowl together.  Sean is a Broncos fan so I certainly will be pulling for them.  Sam and I are Chiefs fans and long for the day when we can cheer the good guys on in the final game of the season. 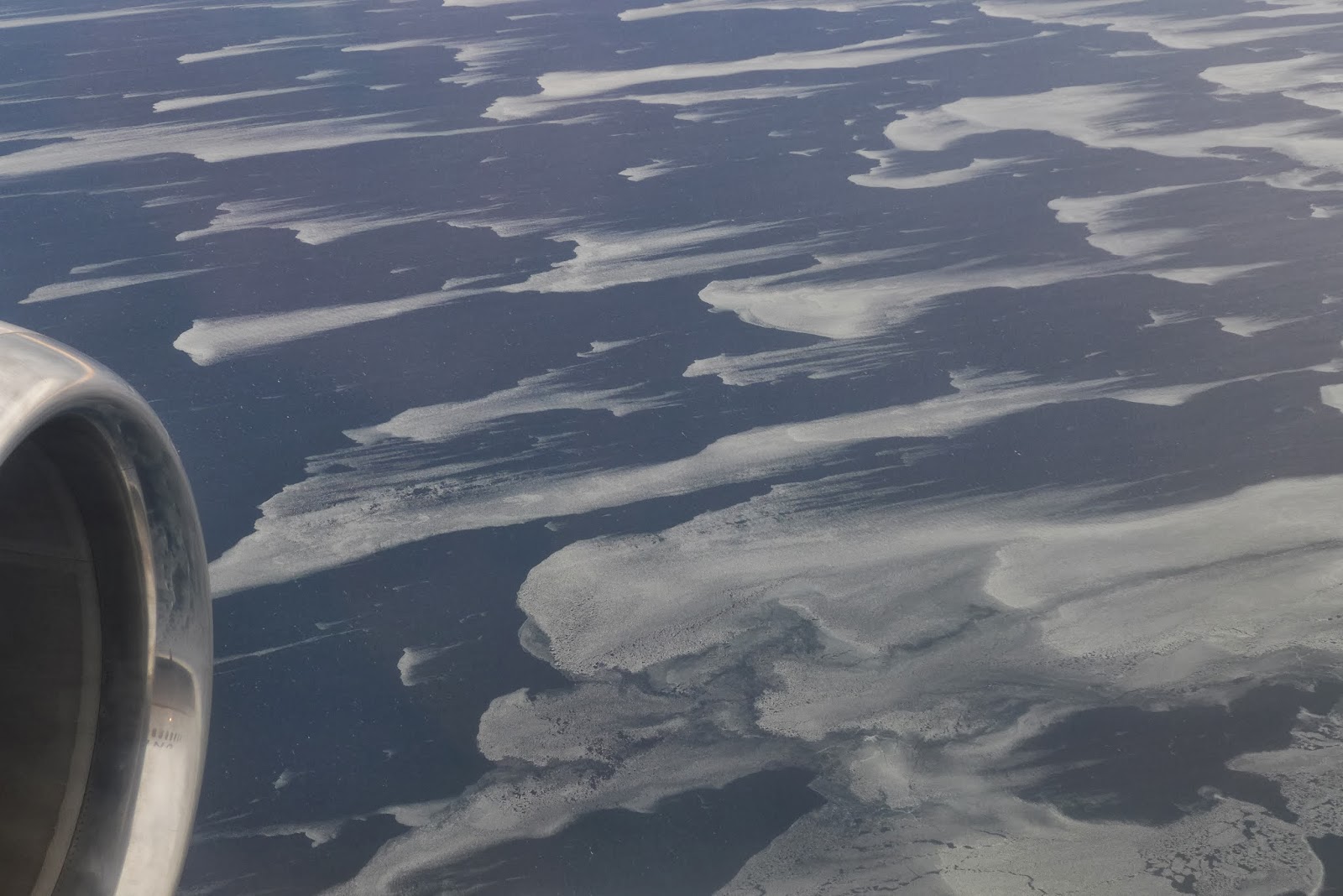 I flew out on United which I typically do since Sean is able to upgrade me to first class through his status as a million miler.  I was able to see some interesting sights including how ice forms on Lake Michigan as we were approaching Chicago.  It almost looked like waves coming ashore.  The temperature was a bit better in Chicago.  It was 11 degrees when I left Rochester but was in the twenties at O'Hare.  The flight to San Francisco was pleasant--remember I was in first class--although it took 45 minutes longer than scheduled due to 120 mile per hour headwinds on our nose the entire trip!

As we approached San Francisco, the clouds cleared and I was able to see what I had never seen this time of year in California.  Out the window of the plane, I could see the brown hills.  This is what they look like in the summer after several months of no rain but this is January/February, the rainy season.  Since there has not been any rain since November, the hills have not greened up at all.  It did rain just a bit the night before I arrived but this was clearly too little and perhaps too late.

Friday, I will be visiting friends in Richmond and Berkeley and then back to Pleasant Hill for some of Julie's delicious meals and gracious hospitality.

You can see more photos of the ice on Lake Michigan in the continuously updated photo album of the trip.  Just click here.
Posted by Bill Pickett at 6:22 AM